GameSpot: What's it been like to see such a positive response to Sekiro?
Miyazaki: To be honest, it's been a huge relief. For us, Sekiro was a game that came with several challenges and new endeavors, such as its Japanese world design, it being single-player only, as well as it being centered around the new posture system, and intense one-on-one sword battles. We feel these challenges contributed to a very unique game design, which led us to be constantly worried throughout development.
Do you remember how you felt and what you were thinking when releasing the game? What expectations did you have for it?
We were mostly anxious and unsure of how it would be received. We of course always believed that Sekiro was a fun game, it was more so the anxiety behind whether players would feel the same way or not.
Now that it has been released and you've had time away from it, how do you feel about the game?
Having time away from Sekiro development has provided many opportunities to reflect on points of improvement. Many times I find myself thinking how Sekiro might have been better had we "done this" or "changed that." However, even more than that, I feel an increased love for the title. Sekiro's world and its characters have become a very important part of my life. This is the same for most of the games I've been involved with and is something that fills me with great joy.
When creating Sekiro, how did you challenge yourself to make sure it stood out as a unique among the games you made?
As far as game design, we made the decision to leave out several features from our previous titles in order to focus on Sekiro's dynamic movement with the grappling hook, and intense sword-on-sword combat with the new posture system. We felt that focusing on these aspects would result in a much more Sekiro-like experience.
Aesthetically speaking, we focused on the unique beauty behind the game's Japanese setting, putting heavy emphasis especially on its vibrant, yet withered color pallet. In addition to that, there is the focus we put on the character-driven story with the inclusion of a fixed protagonist. We feel that these were among the biggest challenges we had when making Sekiro.
As a studio primarily known for the Souls series and Bloodborne, what kind of statement did you want to make with Sekiro?
We aimed to provide a new, more vibrant take on the action and excitement we've expressed through the combat in both the Dark Souls series and Bloodborne. It is a fresh presentation of our desire to invoke a feeling of joy and accomplishment in the player when they overcome challenges.
What did you want players to feel when playing Sekiro? What were you hoping they'd take away from it?
We wanted players to experience the feeling of joy and accomplishment through overcoming the game's many challenges, and we wanted them to experience this in a way that is both fresh and more exciting than before.
How do you feel knowing that people play Sekiro and by overcoming the challenges in the game, they find strength in themselves and take that into real life?
This is something I am very, very happy to hear. I generally don't make games with the intent to specifically teach something to the player. However, as someone who focuses their game design philosophy around this idea of the player feeling a sense of joy and accomplishment by overcoming challenges, hearing that players are taking away valuable lessons from this is one of the greatest compliments I can receive. It is truly inspiring.
What part of the game are you most proud of?
I personally can't help but look for points of improvement, which could in part be the reason why I still haven't thought too much on this. There is no doubt that I am proud of Sekiro, I just haven't personally been able to pick out what parts specifically I am proud of (either that or I am still just too reluctant to do so). However, one thing I can say for certain is that we feel a great amount of pride when we hear about players applying things they've learned through our games to their real lives.
What has making Sekiro taught you about yourselves? What lessons are you taking away from it?
I would say we learned a lot about ourselves. We, of course, learned a lot through finding solutions to various problems during development, as well as through our teamwork with Activision throughout the project. If I were to give an example of this, it would be the effectiveness of intentionally focusing on one aspect of the game during the early stages of development after deciding on the core concept. Of course, eventually, we had to shift this focus to the project as a whole, but I feel that there were several challenges that we couldn’t have overcome had we not gone with this method.
Does this game and the positive reception to it give you the confidence to pursue more original unique ideas?
As far as confidence goes I would say I am, and always have been, lacking thereof [laughs]. However, the positive voices from players serve as precious fuel as we continue to make games. Because of this, I feel we will continue to make From-style games going forward.
What would you say to the fans out there that love this game?
We want to say thank you to all the players who have played and supported Sekiro. Your voices are what keep us going, and we are truly lucky to be able to make games in the same day and age as you all. We plan on working hard to make fun, From-style games going forward, so please look forward to what we have in store.
أنقر للتوسيع... 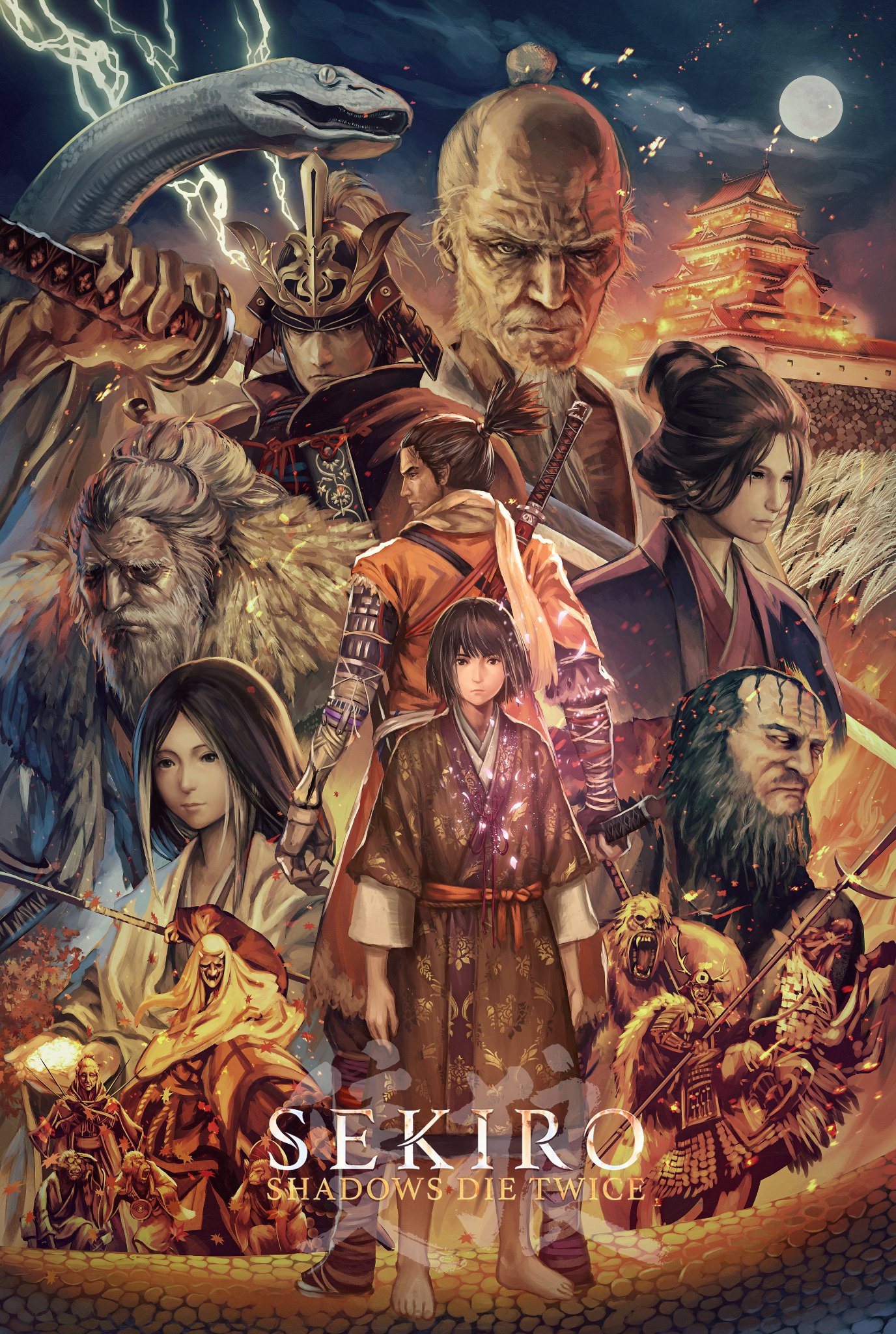