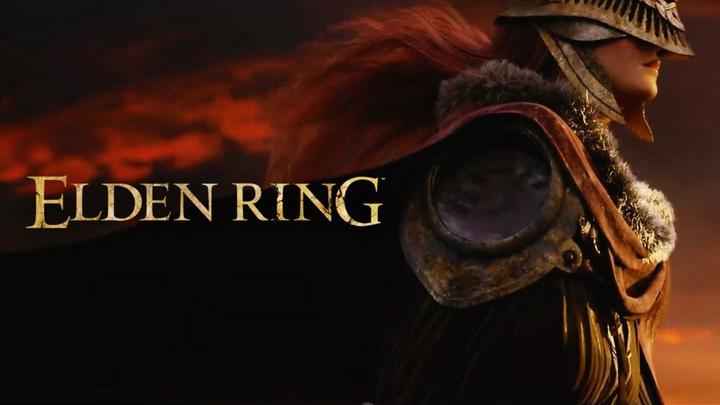 The biggest single change in terms of design moving from Dark Souls to Elden Ring is the “open world”. But there are a million open world games from MMO’s to AAA games to BOTW, some very similar and some very different and some have even said “Well, isn’t Dark Souls already Open World? [From a certain point of view]. So let’s take a look at Elden Ring’s Open World in terms of design.

Remember when you first played Dark Souls and how cool it was traversing the world, especially once you got passed the early areas and human settlements like Undead Parish? Entering Sen’s Fortress, The Tomb of Giants and Anor Londo? All these incredible and varying locales that made this world feel much larger than it really is and the scale at which things were designed making you feel like this world was truly not built for the likes of you? It’s something I definitely missed from later titles. But after the shininess has worn off you’re able to start seeing that this massive world wasn’t really all that massive and was, realistically quite small. I want you to think about that while also thinking about Miyazaki’s quote of “we want to do things we weren’t able to do with Dark Souls”. Imagine a game in which that illusion was able to be made a lot more “real”. Now open your (metaphorical) eyes to Elden Ring.

Due to the nature of the game being “open world” it’s also able to more effectively capitalize on the concept of being able to see an area long before you reach it as well as looking back across the land to places you have already been, seeing how places connect and what not. This one of Dark Souls 1’s most charming elements and it’s been brought forward into Elden Ring in both a more natural way and on a much larger and more effective scale and I’d imagine that’s a design element that most will appreciate, as I certainly do. You’ll be traveling across the world and seeing places long before you’re able to reach them. Imagine a scenario in which you arrive at the staircase like the one in the dungeon in DS3, looking out across a vast distance to see a castle like Archdragon peak. But instead of having to psychically transport yourself there you know that eventually you’ll be able to cross that vast distance, bridge that gap and reach that castle to find what lies inside. The increased scale and scope is a hugely important pillar of this title.

That being said, this world is quite large. Before you start freaking out and going “but From said this isn’t your typical open world, is this going to be a big, largely empty world with random crap sprinkled throughout the world just to fill the space?” Short answer: Absolutely not. Long answer: one of the pillars of design in Elden Ring is to create a meaningful and fully realized world (to the best of From’s ability). Which doesn’t mean collectathons, random and sparse packs of copy pasted enemies and a lot of landmass simply for the sake of having a lot of landmass. What’s important is creating a variety of experiences for you to encounter and face throughout your journey while also making the world feel real and alive, like a place you can truly immerse yourself in and lose hours to and to a massively greater degree than in previous titles. As well as filling the world with interesting landmarks to draw your attention and help you familiarize yourself with your surroundings but also points of interest along your journey from one goal to another.

Areas will connect to one another like Dark Souls and I think it’s worth mentioning that they are aware of the problems of the infamous Iron Keep > Earthern Peak and the increased space allows things like that to be avoided.

In terms of the landmass itself, it’s far more similar to the works of Miyazaki’s idol Ueda than anything else (at least outside of Fromsoft), so it’s not just about having a super large mass of open field, but also degrees of verticality (where it makes sense) as well as natural transitions between the more open sections and the less open sections like castles and ruins and whatnot. When I mentioned Scotland in the original E3 post this is what I was referring to. Not Celtic or Gaelic Mythology (and such rumors had nothing to do with me). The landscapes of Scotland served as an inspiration for Elden Ring’s landscapes. That being said you’ll also be sure to see plenty of cool fantasy locales

“Alright, well, that’s cool and all but after a while things might get a bit samey right? And I’m not seeing how this is really all that different aside from just being bigger” While aside from there being a number of different locales this is a great opportunity to talk about another massive change. A departure from static worlds to a more meaningfully and active one. What do I mean by this?

Looking first at past Fromsoft games Demon’s Souls, Dark Souls, Bloodborne, Sekiro. These are all, largely static worlds. Things generally, don’t really happen unless you’re there to make them happen. Enemies might patrol a certain, small perimeter at best and during major player activated story events, enemy layout might change and or the behaviours of a few enemies might change in tiny ways. Such as the church giants in Bloodborne no longer patrolling the area and instead sitting on their knees. But overall, once you’ve been through an area once even after it’s changed you generally know exactly what to expect and where to expect it. The player activated changes might indicate a change in time of day across the entire world that will persist until again, the player activates an event and changes it or other things that are, fairly superficial.

And looking at the vast majority of open world games, they have day/night cycles and weather systems and both are usually primarily if not entirely cosmetic.

So where does that leave us with Elden Ring? Starting with static/nonstatic. Elden Ring, like past games will have opportunities to effect and change things in the world. But the noteworthy element here is that the world will change on its own. I don’t mean in any singular major sense but perhaps you’re strolling down your typical route to get from point A to B, having a jolly time on your horse, blasting old town road and before you know it you’re met with some sort of towering monstrosity. You’ve now got 2 choices. A try your luck and attempt to take down the beast. B: Pull a big ol nope and get your ass right out of there. Maybe you pick B, and end up taking a different route from now on…but who’s to say it won’t show up there too? Or even if it’s the only one out there? Perhaps you’ve been traveling, see something cool and start traveling inside some ruins or a cave. You start making your way back out and hey, things look a lot darker outside than they did when I came in and the enemies that were here when I left aren’t here any more…but some other things are. Perhaps there are ways to use this situation to my advantage, but perhaps I don’t want to risk it. The game also has its weather cycles though I wouldn’t expect anything particularly expansive or exciting in this department. Ultimately you’re left with a world that feels a lot more alive and like I said immersive. Like this is a place where things live.

Accompanying this are some changes and improvements to AI and design that has found new ways to trick the player into a false sense of security before being murdered. We’ve now leveled up from things hiding behind a corner and popping out to either slit your neck or kick you off a cliff, now we’ve got more involved and elaborate jebait mechanics to go with a more sophisticated world (Though I’d imagine plenty of the usual will end up in the game as well).

With all this being added and all the work being put into making this title what it is, I wouldn’t expect the likes of world tendency or insight this time around.

And all this is pretty much open and free for you to explore.

“But I like Fromsoft level design and hate open world games” There will, of course be plenty of your typically meticulously crafted areas for that too.