Uncharted 3 said to be in development by UAE media firm

​
Name comes up as part of a drive which will see videogames being edited to suit the Middle East’s needs.
An initiative has been taken up through an alliance between Rubicon Group Holding and MEC which distributes Sony products in Saudi Arabia, which could result in the regular bans that videogames faces in the region being averted.
They plan to “localise” games to suit the needs of the Arab world. This has been taken up after numerous games, including recent releases like Dead Rising 2 and Mafia II were banned from the UAE.
The localisation process would see the games being dubbed in Arabic and also omitting certain things that may be offensive for the people of the region. That may go as far as the introduction of a completely new character.
“Those games that are extra-violent, or have sensitive issues for the region, will be edited for content,” said Ghassan Ayoubi, the executive director of Rubicon Holding in the Gulf.
“It’s not purely dubbing in Arabic, but eliminating things that may be inappropriate for the region. [It's] introducing one or two elements that will be specifically for the region – maybe introducing a new character.
“It’s not censoring … it’s tailoring or customising it for the market. It’s not deviating from the game itself.”
​
However, the big news which seems to have slipped through this interview is that Mr.Ayoubi has mentioned Uncharted 3 as being in development. He mentions the name while saying that the focus of this localisation process will be PS3 games which have already released and titles that are in development being worked upon.
Mr Ayoubi said FIFA Soccer 11 and the third instalment in the Uncharted series could be among the first games to be “Arabised and localised”. There is “a big market here” for video games, he said, but regional distribution can be “difficult” because of cultural sensitivities.
According to him, the company will work on “”two to four games per year”
​
They will also be producing new games tailor-made for the Arab nations in the future which will focus on Arabic stories and history.
Rubicon’s pretty big in UAE and a quote from them can’t be ignored. It seems like Sony’s already developing Uncharted 3 and are collaborating with these guys so that it’s not banned from the UAE. However, this can’t be considered as a confirmation of the title being in development in any way.
We will try and get in touch with Sony and see if we can get a answer from them.
أنقر للتوسيع...
المصدر If this report is true it makes me sick!! Screw them if they dont wanna allow those games into their country! Doesn’t mean the rest of us have to suffer!! The 1st 2 Uncharted games were great but so very soft, enough of these bloody ‘healthy games’!! I cannot believe people are complaining about the profanity in KZ, fucking pathetic!
أنقر للتوسيع...
:/ 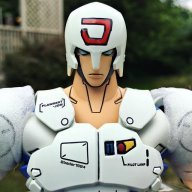 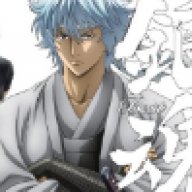