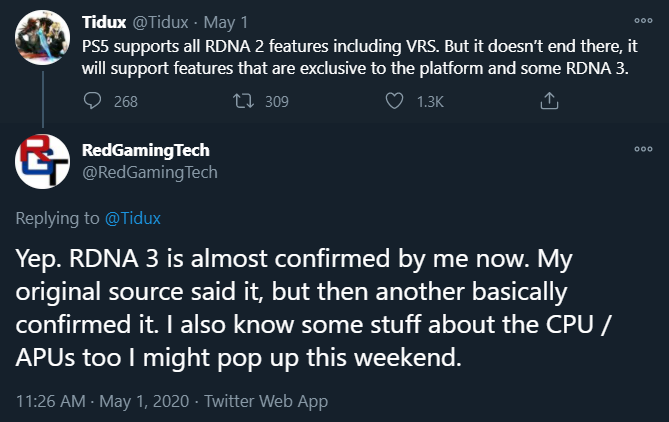 Before I get into the capabilites of the GPU, I'd like to make clear two points that can be quite confusing. First, we have a custom AMD GPU based on their RDNA 2 technology. What does that mean? AMD is continuously improving and revising their tech - for RDNA 2, their goals were, roughly speaking, to reduce power consumption by rearchitecting the GPU by putting data close to where its needed, to optimize the GPU for performance, and adding new advanced feature sets.

But that feature set is malleable. Which is to say that we have our own needs for Playstation, and that can factor into what the AMD roadmap becomes. So, collaboration is born. If we bring concepts to AMD that are felt to be widely useful, then they can be adopted into RDNA 2 and used broadly, including in PC GPUs. If the ideas are sufficiently specific to what we're trying to accomplish, like the GPU cache scrubbers I was talking about, then they end up being just for us. If you see a similar discrete GPU available as a PC card at roughly the same time as we release our console, that means our collaboration with AMD succeeded in producing technology useful in both worlds. It doesn't mean that we at Sony simply incorporated the PC part into our console."
أنقر للتوسيع...