Over at rightstuf.com, the cover for the first One Piece DVD and a summary has been released:

A young man named Monkey D. Luffy dreams of becoming King of the Pirates. When he's captured by a band of pirates, Luffy escapes to a naval base ruled by an evil captain. Luffy saves the famous swordsman, Zolo from execution in exchange for joining his crew, and the real adventure begins!
This is the Edited Version as seen on Cartoon Network's Toonami Block.
Spoken Languages: English.
The DVD will be available Feb.28, 2006. The second volume will be available April 25, 2006. Happy holidays!
Matt
أنقر للتوسيع...
اجل خرب من جد الأنمي.. 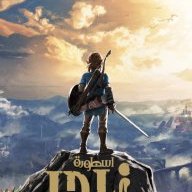 Luffy: If you like bazookas, mine is bigger.
Wiper: Straw Hat!
Luffy: Gomu Gomu no...
Wiper: Burn..
Luffy-Wiper: Bazooka!!!