"You might not have heard of Japanese development studio Crafts & Meister, but you have heard of some of its talent. One of the founders of the studio is Street Fighter II designer Noritaka Funamizu. The studio has produced a number of titles since their 2004 formation, most notably arcade cell shaded fighter Super Dragon Ball Z."

"Expect to hear a lot more from the studio with their new game, a unique Wii action game titled Earth Seeker. The game was revealed in Japan today, and while specifics are lacking at present, the premise is certainly intriguing."

"Earth Seeker is set on an alien world and puts you in battle with giant monsters. These monsters are actually your own creation, it seems."

"The game's background story begins 1,000 years in the past as the Earth is about to be destroyed. Mankind puts all its great treasures -- including, it seems, full buildings -- in ships and flees the planet, only to crash land on another planet somewhere."

"Following the crash, the ships' computers attempt to recreate the Earth's environment, something they've apparently been programmed to do. The computers are buggy due to the crash, though, so they end up combining encyclopedic information in creating new life forms."

"The result is that you'll be facing off against some bizarre creature types. Examples revealed so far including a panther which has a power plug for a tail and a partially glass exterior allowing you to view its innards. There's also a creature that combines a "dragon" with light bulbs. Some creatures have motors for their movement."

"You won't be alone in your fight against these beasts. The planet's natives are known as Guardians. They didn't take too kindly to the 1,000 years of bio contamination caused by your ships. But they do take kindly to your alcoholic beverages, and as long as you keep on supplying them with drinks, they'll help you out. The Guardians used your ship's technology to evolve as well, and now they can make use of items called "Energy Balls" during combat."

"All this makes for an interesting premise to be sure, but Crafts & Meister hasn't said how it will come together in a game. Development is currently at 60%, according to Weekly Famitsu, so those details have presumably all been ironed out and are just waiting to be shared with the public."

"Japan will get Earth Seeker through Kadokawa Games this Winter. International releases have yet to be announced."
أنقر للتوسيع... 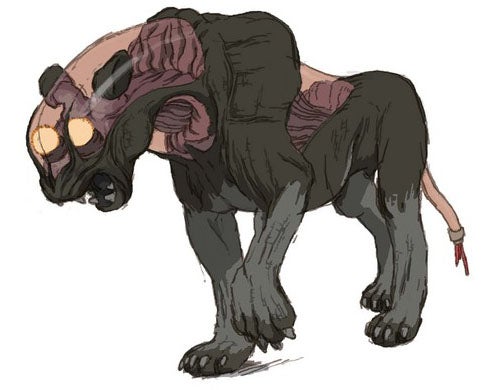 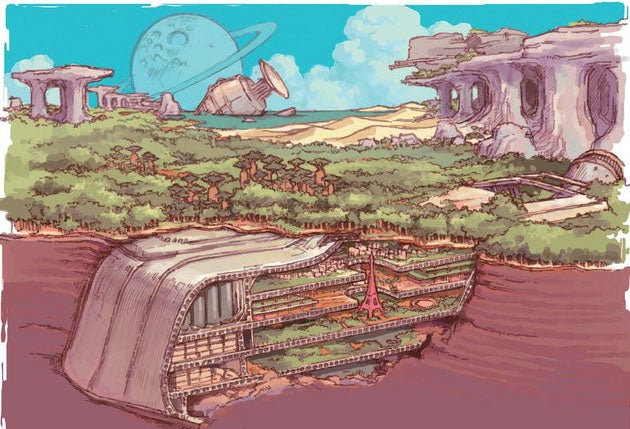 Remember Crafts & Meister? This studio was formed by veteran Capcom developers Noritaka Funamizu and Katsuhiro Sudo back in 2004 and went on to work heavily with Namco Bandai on such games as Chou Dragon Ball Z and, most recently, Fullmetal Alchemist To the Promised Day.

The studio's next game is Earth Seeker and is in development for the Wii. This all-original action title is set around the premise of the destruction of the Earth.

Aside from that, Game Jouhou's summary provides no details. Famitsu doesn't actually have any screenshots -- just artwork showing monsters, ships and other elements.

Development is at 60%. Kadokawa Games will release Earth Seeker this Winter.
أنقر للتوسيع...