I would've had this Bravely Default 2 review ready sooner if the game hadn't gotten a lot longer – and somehow better – out of nowhere around 50 hours in. Maybe that's on me; bonus chapters are practically a Bravely tradition at this point. Not that I'm complaining or anything, because now that I have finally worked through this mammoth of a JRPG, I'm more than ready to put it on the same shelf as Persona 5 Royal and Dragon Quest 11 S as one of the best games in its genre. Bravely Default 2 is absolutely sublime, and it's an early frontrunner for game of the year.


Bravely Default II is a fantastic JRPG. There are some small issues that prevent it from becoming an instant classic, but the feeling we got after watching the true credits will stay with us for a long time.

It seems inevitable to me that there are going to be a lot of people that dismiss Bravely Default II as a “retro-style JRPG.” They’ll see the turn-based combat, the very “JRPG” design of the characters, and all the other genre tropes that the game indulges, and assume that that’s all it is. Nothing could be further from the truth. Nuanced writing, impeccable design and subtle subversion highlight that Bravely Default II is, instead, a game that uses its genre rather than allow it to become beholden to it. In many ways it's a highly metafictional thesis that explores what people love about JRPGs, and what is genuinely important to the genre. In doing so the game has become this wonderfully nuanced, beautiful, entertaining and emotive experience, and in my book, that makes it a masterpiece. 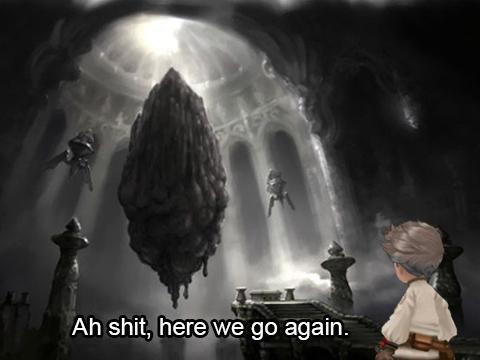