".I'm revealing industry secrets, so honestly, this book is a real detriment for me"​
Hirohiko Araki— 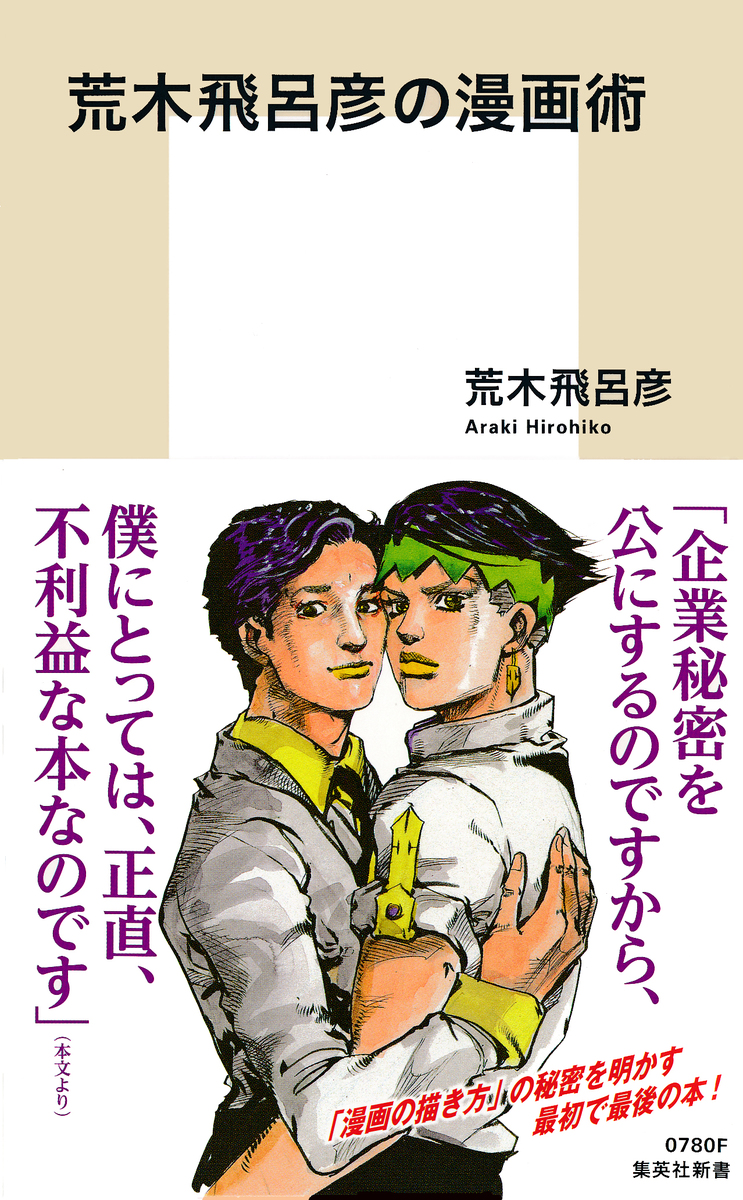 
Why I wrote this book
The 'Golden path' to drawing 'mainstream manga'
Travel down 'mainstream' with a 'map' in hand
Things a mangaka mustn't lose sight of
"Jojo" is a 'mainstream manga'
​
The difference between Yudetamago-sensei and me.
Editors that put manuscripts in their bags without even reading them.
Turn the 1st page!
How to draw the 1st page (1) What kind of manga are you drawing?
How to draw the 1st page (2) Find a title that makes you want to read it!
How to draw the 1st page (3) What is a good line
The basics of the 1st panel having 'Who What When Where Why How'
Expressing complicated information all at once
The 1st page is a manga's 'preliminary announcement'
Step into a realm that others haven't drawn
How to draw the 1st page!: My debut work "Busou Poker"
So they read it to the end
​
These are manga's 'Four Fundamental Structures'
The most indispensable things are 'characters' and 'world building'
Keeping a balance of the 'Four Fundamental Structures'
Practice analyzing hits
​
The 'golden road' for protagonists
Is this a person that wants to do something?
What is a good motive?
Let's make a list of motives
'Courage' is what gets the most empathy
Humans' fundamental desire become motives
The charm of bad characters
Compare protagonists and villains
Heroes fight in solitude
About how to draw men and women
A personal history sheet is a 'secret sauce'
Put weight on them with these 60-ish items
Stands came from the idea of 'special techniques', 'unique abilities', and 'sure-kill attacks'
Sometimes you 'mid-way changes' and 'eliminations'
Try using you or your friends as models
How you distinguish different characters
How to make use of supporting characters
The sense of rhythm of names
How to draw characters: Kuujou Joutarou
The key to serialization is powerful characters
Living as a mangaka
The guardian diety known as Sherlock Holmes
Creating antipathy towards 'evil boys'
Know the mainstream path of popular manga
​
When the story gets in the way
Characters are weak to the changing of the ages
Ironclad rules for making stories
The learn the everyday 'introduction, development, turn and conclusion' with your body
The laws of pluses and minuses
The protagonist is 'always a plus'
The limits of the tournament system where you aim for the top
The reason 'Stardust Crusaders' was recognized by the readers
The irregular techniques of 'weak enemies'
The 'temptations' of minuses you mustn't get hooked on
The bad pattern of 'running into walls'
The minus-plus-zero trap
Taboos you mustn't ever do in stories
Don't pursue reality in entertainment
Challenging 'minuses'
Why I let Jonathan Joestar die
Throw the protagonist into difficult situations
The protagonist moves on his own
The last step before the end is harder than the start of the series
For expression, study Hemmingway!
Organic lines are best
In manga, you put feeling into the air
How to make a story that stages suspense: From "Jojo" Part 3
​
Drawings are a mangaka's "special technique"
The conditions of the drawings of hit manga
Realism and symbolism
How to make two things "progress at the same time"
If you drew all the same drawings, it would get out of fashion
Learn the meaning of material bodies
Let's learn the 'golden ratio of beauty'
Let's draw a 'robot with moving joints'
Admired mangaka's artwork seek to do more than copy
How to draw cool guns
How to draw fire, water, air, light, and rock
The paper is more important than the pen
The assessment of 'the artwork is bad'
Get a grasp of your own artwork in Italy
What about posing remains in memory?
Visualizing invisible things
The Ripple and Stands are the visualization of superpowers
Don't draw "calligraphy-style" artwork
Contain an eternal moment
Why I keep drawing everything with analog
I try to value liveliness
The god of manga descends
​
What world building is
Readers want to be immersed in a world
The mistake of "Baoh Raihousha"
Only geniuses can do battle with moods
Do thorough research
How to world-build
Things you can't research online
The sense of distance in American Westerns that's different from Japan
Don't draw everything you researched
After you've thoroughly drawn the outlook of the world
​
The 'theme' that connects the 'Four Fundamental Structures'
Keep the 'theme' steady
The author's philosophy comes out in the 'theme'
The 'song to humanity' was born out of coincidence
It's a mistake to start thinking from 'a theme that sells'
​
Where do ideas come from?
Have interest in opinions other than your own
Don't run out of ideas
Meetings with editors
In the scenario stage, imagine lines and how to divide panels
For dividing panels, go with the rhythm
Names have a trait characteristic to Japanese comics
You don't change the point of view
Forget what you've drawn
​
Let's start with the villa people conversation
I made decisions as I drew
The first three pages were a 'preliminary announcement'
Giving information and introduce characters at the same time
Starting to like characters as I drew
Decisive shots that gave me confidence
Rohan's motive is 'curiosity'
The 'protagonist', the 'enemy' and the 'ally'
The research on manners was thorough
I drew a 'battle manga' with manners
It's okay to end with them losing
Going from short stories to long stories 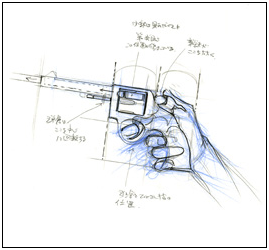 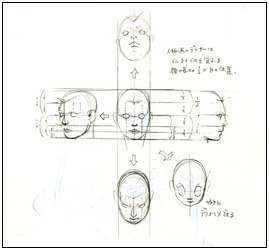 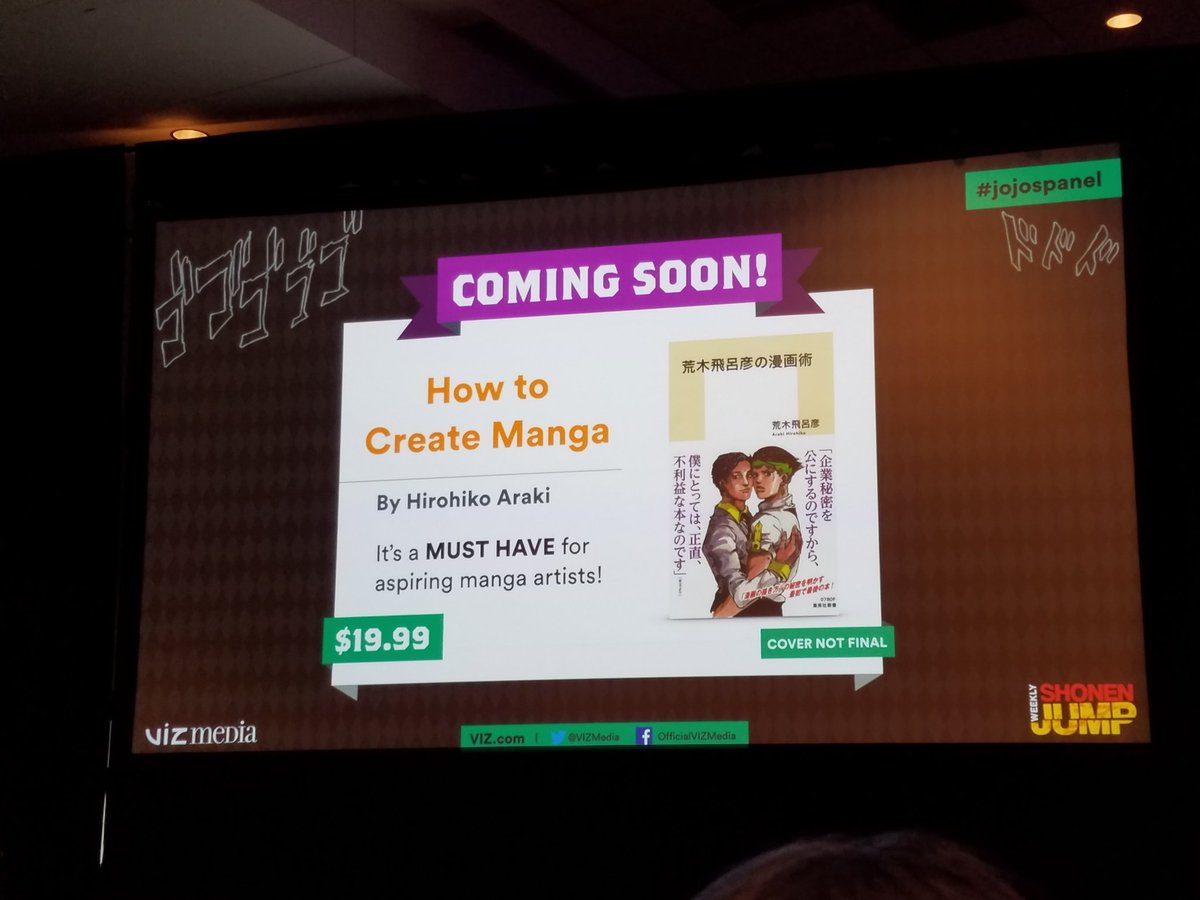