Xbox 360 continues to hold the number one spot in the U.S., selling more units in April than any other console; marking the 28th consecutive month as the best-selling console in the U.S.

· Total retail spend on the Xbox 360 platform in April (hardware, software and accessories) reached $208 million, the most for any console in the U.S. (Source: NPD Group, April 2013)


Looking forward to next week, Tuesday, May 21 will mark the beginning of a new generation of games, TV and entertainment. On that day, Microsoft will hold a special press event on the Xbox Campus at 10 a.m. PST and we invite you to join us via the live global stream that will be available on Xbox LIVE, Xbox.com and live on Spike TV in the U.S. and Canada.

Then, on June 10 at 9:30 a.m. PST, Microsoft will continue the conversation and showcase our full lineup of blockbuster games at the Xbox E3 media briefing at The Galen Center in Los Angeles. The briefing will air live on Spike TV in the U.S. and Canada and on Xbox.com and Xbox LIVE globally.
أنقر للتوسيع...

28th consecutive month as the best-selling console in the U.S
أنقر للتوسيع... 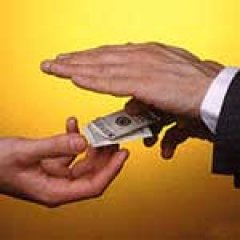