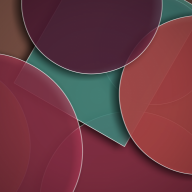 The crash purportedly occurs in two places:
- on Sumika's date following the food contest
- on Sumika's route at the ending credits
Obviously, this poses a game-breaking obstacle to unlocking Unlimited.
أنقر للتوسيع... Q: Will there be a game set in SE Asia or other countries ?
A: We do wish to broaden the Muv-Luv world.

The setting of Muv-Luv Alternative does allow for more "Shared World Stories" to be created such as Schwarzesmarken (or Black Mark in German Language), but there are no definite plans as of yet for other countries.

This is because we always have to keep in mind the TSF designs to be used when creating the stories for various countries. For example, the main mecha or Tactical Surface Fighter (TSF) in Schwarzesmarkenis the MiG-21 Balalaika which is a first generation TSF. However this doesn’t mean that Balalaika’s design is in any way inferior quality compared to the modern Tactical Fighters in Muv-Luv Alternative.

Another example would be, if we were to make a story based on the African front during the epoch of Muv-Luv Alternative, the main TSF would most likely be the F-4E Phantom, the experimental Egyptian TSF shown in Total Eclipse which is also the 2nd generation of F4 Phantom. The F-4E Phantom has great potential comparable to the other 2nd generation TSFs.

Q: If you were given the chance to go back in time, which part of the trilogy would you like to change or add?
A: Actually, there are parts that had to be cut due to the lack of time during our first game dev. Trying to mention them all would take forever so I won’t, but I would like to actually go back and build those missing parts in the future. For now, âge-soft is working on the betterment of Schwarzesmarken’s production values.

Q: Do you have plans of making an anime of the main Muv-Luv trilogy?
A: This is a dream we dearly wish to fulfill. However to truly make it happen, we would need to invest more time and have a bigger budget, which will definitely be an experience we haven’t had before. When we saw the support of the fans all over the world to our Muv-Luv Kickstarter, we strongly feel this is a good first step in heading towards the direction of fulfilling our dream of animating the main trilogy.

Q: Will there be a The Day After Episode 4?
A: There is no definite date set, as Muv-Luv Unlimited The Day After is not yet complete. I do want to show the ending to the fans someday as well.

Q: Will there be a Muv-Luv Alternative sequel?
A: It hasn’t been decided, but this is one of my dreams as strong as making the anime version of the Muv-Luv trilogy. With all the support of the fans from Japan and the World, the day to make this a reality is drawing closer.

Q: Was Muv-Luv Alternative influenced by year 2000 events?
A: The real world political state was indeed somewhat incorporated, but the world of Muv-Luv has gone through a different history than our present world.

With the arrival of BETA, the military technology has undergone an enormous evolution, but humanity isn’t given enough time in the war against the BETA, and the cultural activities and improvements has gone to a full stop.

Humans in this world are far less innocent than real world humans as well, and this is shown in the main story; the absurdity of humans wherein even on the brink of destruction, they’re still conspiring under the table on how to split the world after winning against the BETA.

There are more detailed explanations in Muv-Luv Integral Works. If we achieved the CODEX stretch goal, everyone will get all the detailed official answers to numerous questions regarding the world of Muv-Luv Alternative.

Q: Will there be a new series outside of Kimi Ga Nozomu Eien and Muv-Luv universe?
A: Nothing we can tell yet, but we aim to create the new contents someday.

Q: How do you feel about the Muv-Luv fans from all over the world?
A: I’m deeply grateful to the people of the world who loves Muv-Luv, and our faith has gotten stronger after seeing the support gathered through Kickstarter.

The first time I realized there were fans outside of Japan was back at 2010, when I participated in AX for a Promotion in North America. I received the support and wishes for localization from a great number of people, and we were deeply touched by the love shown to Muv-Luv by many. We tried to make that localization a reality a number of times, only to be repelled each time by cultural differences and the cost involved to make it happen.

We are sorry it took so long to finally find a solution, and right now, we’re very happy because through the Kickstarter campaign we can finally reach this goal. Let's all bring Muv-Luv to a wider audience!
أنقر للتوسيع...

#144
Q: If you were given the chance to go back in time, which part of the trilogy would you like to change or add?
A: Actually, there are parts that had to be cut due to the lack of time during our first game dev. Trying to mention them all would take forever so I won’t, but I would like to actually go back and build those missing parts in the future. For now, âge-soft is working on the betterment of Schwarzesmarken’s production values
أنقر للتوسيع...
معلومة فاجأتني نوعاً ما.