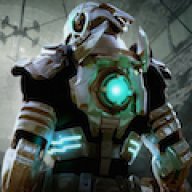 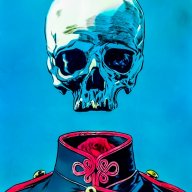 #41
silent hill fan
I must play it Play:I'm personally really excited about this game, as it's the first time we'll be able to see the Silent Hill world through different eyes, so to speak. How did this project come about?
Oertel: Well, it came about because my boss said he wanted to do it (laughs). I was already working on Silent Hill Experience, which was a PSP multimedia title. I wasn't sure what the plans in Japan were for future versions of Silent Hill, but my boss was really positive about handheld platforms and felt this was a good idea. I knew it was doable -- we showed the playable back at Leipzig, and I felt that alleviated a lot of concerns as to whether it was possible to do Silent Hill on a portable. Whether the graphical fidelity is there, the atmosphere and so on.

I'm curios how much input Team Silent has on this game. Did they set a story down in stone, or leave wiggle room for original contributions?
Oertel: The scenario wasn't written by Team Silent. We talked with Alira Yamaoka about the stor, but it was very much hands off. They gave us alot of leeway.

Would you say it was ccollaborative?

Oertel:Somewhat. Team Silent is working on their own project in Japan, so the story was really left to us to come up with. We talked about whether we'd do a sequel or a prequel...in fact, the original idea was to do a remake of Silent Hill 1. But when we looked at how much work that would be -- redoing all the graphics from scratch -- we decided to do something that updated the history of the series rather than repeating it.

With this game being a prequel, does it start at a point in time when Silent Hill was a "normal" town? Will we see its transformation into nightmare?

Oertel: At this point...there's already fog (laughs). So no, it's not a normal town. It's not quite yet where Silent Hill 1 is at, but it;s not a happy town yet.

Will the ending of 0rigins lead directly into the story of 1?

What about the controversial laser sght we saw in some early screenshots?

Oertel: The laser is gone (laughs). That was an early development thing, and I don't thik it worked to well. We've found another way of doing the aiming.

Can you tell us a little more about the barricade system we've heard about? Does it become necessary to block off access to enemies to proceed?

Oertel: That was the original plan...that enemies would chase after tou and you'd have to trap them in other rooms to be able to proceed. It was almost going to be a kind of puzzle element. It proved to be very difficult to implement. The design would have taken alot of time, so that part is no longer in the game. It would have been a nice feature to have, but we just ran out of time. It was either...we could have a great barricade game, or a great Silent Hill game (laughs)

...Is the control scheme substantially different?

Oertel: It's sort of by necessity. On the PSP you have more limited controls -- just the one analog nub and two shoulder buttons. Still, I wouldn't say it;s a run-'n'-gun.

Oertel: Hmm...there's just so many ideas out there now, whatever you do it's going to seem like you're copying something. There are only so many control schmes and so many camera angel, so it's bound to look like something that's come out in the past. Because of the small screen we had to bring the camera in closer, just to be able to see what's in front of you (laughs). In terms of the action elements...when you use a firearm, you can't move the chracter around. You're not going to be running down a hallway, pistol in each hand, Matrix-style.

Oertel: The flashlight yes, the radio will have some modifications. There will be the static, but we'll also have a visual indicator of some sort. I think we have to, since it's a handheld game.

How about the inventory system? Will it be more in line with the system from 1-3, or more like 4's?

Oertel: It's still under dicussion. You're not going to have chests or anything. You'll never have to leave items somewhere and go back and get them. However it turns out, all your stuff will always be available to you.

Since the game is tied in closely with 1, will we see the return of familiar locales from that game?

Oertel: Yes. If you picture the map of the town, it;s like a rectangle...let's say we have one street here, a part of Old Silent Hill people have seen from the first game. Adjacent to that are areas we've never seen...somewhere been two thirds to four fifths of the areas are new.

Will Travis travel to the Toluca Lake district of Silent Hill, or is the game mostly in the old town?

Oertel: It's all Old Silent Hill.

Everything in the trailers so far looks very classically Silent Hill. What atre some of the new areas we'll be seeing?

Oertel: We have Alchemilla Hospital from Silent Hill 1, but also a hotel, a theater, a meat-packing plant, a mental institution...and another area I can't talk about (laughs).

Oertel: yeah, he wrote the whole soundtrack -- all 15 songs. Akira's a huge part of Silent Hill. His music features so prominently. It's almost not video game music, in some respects. He delivers so much emotion, feeling and texture. You can really feel what the characters are experiencing through his music. Of the 15 tracks, four are vocal songs.

It's been a great interview, but our time is up. Any final words for the fans?
Oertel: We've looked really hard at the previous games and are committed to making a faithful Silent Hill. There will be some changes that people will have to accept, but everyone's goal is to have a complete Silent Hill experience for the PSP.
أنقر للتوسيع...
الملخص :