Capcom's Lost Planet is frozen at the top of the charts for a second week in a row, while football titles from Konami and EA round off the top three.

After its debut at the top of the UK all-formats chart three weeks ago, Lost Planet has proven it has the legs to stay in the top two ever since. Chart-Track reports that Capcom's Xbox 360-exclusive shooter has held onto the top spot for the week of January 28 to February 3, fighting off competition from Pro Evolution Soccer 6 at two and FIFA 07 at three.
أنقر للتوسيع...
التفاصيل 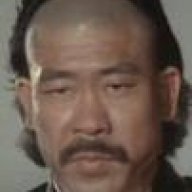 One critical aspect of a game that is often overlooked is its score. While sports games and games like Saints Row and Grand Theft Auto: San Andreas typically opt to use licensed soundtracks, epic action/adventure games rely heavily on original scores to add to the atmosphere. #279
Lost Planet’s sound production team was recently nominated for a Golden Reel Award in the “Best Sound Editing Made for Computer Entertainment” category. The awards are put on by the Motion Picture Sound Editors association. Basically this is an Academy Award for sound design. This video footage, showing exclusive new footage of some of the multiplayer maps in the works, was recently made public in Japan. The first map is Battleground, which people who purchased the Collector’s Edition of the game have already been enjoying. But the video features 3 new never-before-seen maps beyond that.
أنقر للتوسيع...
الاولى رهيبة ، الثانية ارهب ، الثالثة ارهب !!!! مرحلة خطيرة !! تذكرني باجواء Re 4 :laugh: ... المراحل الحالية عجبتني كثير و مع هذه تكون إكتملت الموجموعة ... متى تضيفوهم يا كابكوم :cryy: