Forge is a tool that enables players to insert game objects into existing maps. Bungie has stated that this should be considered more a gametype than a tool.[16] Almost all weapons, vehicles, and interactive objects (various crates and barriers) can be spawned, moved and placed into maps with Forge. In an example of its uses, one of the testers was able to place an unusually large number of exploding fusion cores in a large vehicle set to as close an instantaneous respawn as the game would allow, which caused the vehicle to charge wildly around the map.[18]

In games where Forge is enabled, players can switch to the editing mode at any time. While in this mode, a player appears to other players as a Forerunner Monitor and is still vulnerable to being attacked and killed. Objects can be spawned into the game in real-time and parameters such as ammo counts (for weapons) and respawn rates can be altered for each object.[8] The number of objects that can exist in a map at any one time is limited, however, as each object created takes up a set amount of points from the particular map's limit.[8]

As well as changing alterations to spawn weapons to assist a player in real-time, altered maps can be saved and then recalled in a normal multiplayer game mode. These altered maps can also be transferred to other players using the File Sharing features. Modifications made by Forge can change the way a map plays quite drastically from its original configuration. Forge was also the name of the editing tools included in another Bungie game, Marathon.
أنقر للتوسيع...

Halo 3 will have a feature called Saved Films. This feature allows players to save a copy of the game data of a multiplayer match or campaign session to their Xbox 360's hard drive, so that they may watch it later on. It is essentially the same as many "replay" features found in driving games, and which has been available in PC games for many years including Bungie's own Marathon. However, the scope of its implementation is largely unprecedented in a game console game.
100 files can be saved on a hard drive at a time.[19] Though the public beta's implementation was very limited, its functionality is planned to be extended for the final game.[20]
Players will be able to view the action from almost any angle and any player's perspective (including a free-roaming camera), as well as being able to slow down the speed and also play the recording in reverse. The Saved Films can even be edited in game to create a shorter clip of a particularly amazing or special moment.[20] Players can also use the tool to take still pictures from films and upload them to the Bungie website.
As the Saved Films are only the game data (not an actual video), this allows the file sizes to be relatively small. A recording for a typical "long" game is in the region of only 6 MB.[20] Films will also be played back at whatever resolution the Xbox 360 is set to, regardless of the resolution at which the a player was using at the time of the recording. All games are recreated in real-time on the Xbox 360 using the Halo 3 engine. This allows them to be shared amongst any other Xbox 360 without any compatibility issues because they all run off the same code. The Saved Films feature is described as an "excellent training aid" since players can gain valuable tactical insight into the strategies of other players by viewing the saved films.[21] Alternatively, they could have a look at other games uploaded through the fileshare.
This feature will also facilitate the creation of machinima and other game-related videos, as well as give the creators of such videos advanced tools to enhance the quality of this medium. Video game montage creators can save games to the hard drive of their Xbox 360 console for later use, so they never have to miss a camera shot, while machinima directors and cinematographers will have expanded camera options, instead of having to resort to using a first-person, gameplay perspective.
أنقر للتوسيع...
File share

File Sharing in Halo 3 is an online storage and sharing service for a range of files that are created in the game, and is an extension of the game's online capabilities. Files such as Saved Films, screenshots, custom gametypes and Forge settings can all be uploaded to the File Share. When the game launches, items stored there then appear on a players Bungie.net Halo 3 profile, with the ability to comment on them and queue items to download for when the player next plays the game online.[8]
Players can view and transfer these files individually to others while they are online, but can also upload them to a central, Bungie run server so friends (or rivals) can then view and download them even when the creating player is not online. During the Beta each player had 25 MB of storage space on the File Share, which may change by the time the final game ships. Bungie announced that players will be able to purchase additional storage space and slots for 750 Microsoft Points, dubbed "Bungie Pro"; all Gold subscribers get 6 file slots and 25MB of storage. Bungie Pro bumps storage up to 24 slots and 250MB. While players with Xbox Live Silver do not have access to the free file-share, they may purchase Bungie Pro to share their files. Bungie has also extended the file-share to their website; players may "flag" files for download (up to 8) on Bungie.net. The next time a user signs on to their Xbox, it will automatically download the flagged files to their hard drive
أنقر للتوسيع...
============================= 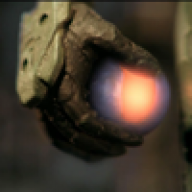