- You can now open the cards you've collected in the Gallery! Select any card and press A to open it, and it will reveal either a music track, sound effect or character sketch. Press A again to play/view the unlocked content. There are some cards that are "locked" until you complete the game once, to avoid musical spoilers.
- A short cutscene has been added to explain how Lilac, Carol and Milla escape from the royal palace.
- Added a hidden area to the top of Aqua Tunnel's first map.
- Milla's swimming animation has been updated to look less like her running animation. (Thanks to r543 for the base sprites)
- Copyright info and credits have been updated.

- Invincibility music playing in cutscenes on rare occasions
- In Dragon Valley, collecting a 1up or Invincibility crystal and then traveling to the next map before the 1up/invincibility music ends would result in no music being played on the following map
- (Attempted) Relic Maze's boss would rarely keeps its red eyes after recovering from a hit, allowing it to be hit again without destroying the arms
- On rare occasions, Stinger Nests in Pangu Lagoon would explode endlessly after being defeated
- Pausing and unpausing during the cutscene right after Sky Battalion would cause the camera to pan right
- Collecting a 1up in the Final Dreadnought maps, or anywhere the 1up theme is not supposed to play (such as certain boss battles) while the invincibility music is playing would cause the music to play indefinitely
- Skipping the ending through the pause menu would bring you back to Final Dreadnought 2
- Dying in a completed save file will no longer cause your death counter to rise
- The shadow on Lilac's cursor in the Mahjong minigame was incorrect
أنقر للتوسيع... 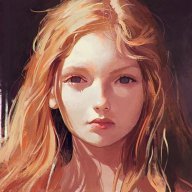