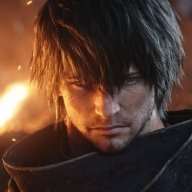 #1,211
Forklift part-timers have evolved in the same way, not just carrying crate. Baggage that arrives at the port of Torimai by ship has various shapes, and changes to the city the next day when it is transported to the warehouse. For example, if you carry an arcade enclosure, it will be in operation at the game center the next day, and there will also be an increasing number of exhibits at the “Kashiwakan” to commemorate Shenmu's history and backers.
It seems that subquests that are not directly connected to the main story are also included in earnest. When you meet a person who has a specific condition, you can start the quest with a different button than the usual “speak”. Rather than listing quests and displaying icons on the map as in an open world game, the flow that naturally occurs when talking to people seems to be Shenmu. Through more than 20 optional subquests, the character setting must be more visible than in previous works. 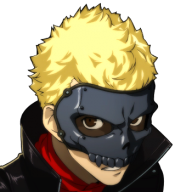 #1,226
IGN Japan - Yu Suzuki on How Shenmue Differs from an Open World

"I'd like to show a game that takes place only inside a train that is more expansive than your average open-world game," he says.

"With other open worlds, when you travel from one town, there's another huge town several kilometers ahead, right? If you're making a game set on a steam train, you start from the dining car; moving from there you have a sleeping car and so on, each carriage having different people and luggage and such. And if the train enters a tunnel, smoke comes in the windows... I'd like to make a game to say, 'It's just a train, but it's bigger than an open world!'"
أنقر للتوسيع...
According to Suzuki, there are 481 NPCs in Shenmue III, and each one is of course unique. There are more than 140 shops, and these too each have their own original items on display. It's an almost-excessive amount, and fans wanting to relish to their heart's content the plentiful investigation and interactions - one of the real pleasures of the series - will probably be satisfied with this alone. However, what makes me most happy is that this Shenmue-esque - uniquely FREE, as it were - density has seemingly legitimately evolved.​
The part-time forklift job has similarly evolved, and it's no longer simply transporting crates. Items that are delivered by boat to the Niaowu port are of various shapes and sizes, and if you carry these to the warehouse the next day the town will show a change in appearance. For example, if you carry an arcade cabinet then the following day it will be up and running at the arcade; or at the Save Shenmue hall that commemorates Shenmue's history and backers, the number of exhibits will grow.

Sidequests, with no direct link to the main story, will also be even more fully-fledged. If you meet a certain person under specific conditions, you can start a quest using a different button from the usual "Speak to" one. The way that quests are not put into a list and marked with an icon on a map like open-world games, but rather occur naturally through conversations with people, is typically Shenmue. Through the 20+ optional sidequests, characters' backstories will surely be revealed to a greater extent than the previous games.

As you walk through the town, you may notice hidden capsule toy machines and fishing spots that will make you wonder, "There's something over there, but how do I get to it?". Suzuki says that finding the way to get to them will itself be half the fun. It can be seen that, rather than scale, the town-building has had the most focus placed on a detailed and thoughtful design.

Once you have explored everything from the narrow alleyways to the goods on the shelves of a book shop, players will surely understand the true meaning of the train metaphor. This is what gives Shenmue's towns a unique sense of reality that sets it apart from other open worlds.​
أنقر للتوسيع...
​
https://www.phantomriverstone.com/2019/09/ign-japan-yu-suzuki-on-how-shenmue.html